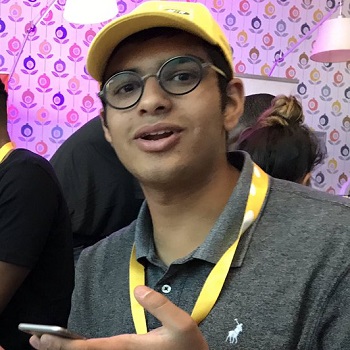 Talhah’s vision is not only to develop himself to the best of his ability but to develop other young minds who are interested in Technology. Talhah is 16 years old. He is a self taught developer Talhah won 1st position and Gold at various science fairs in the field of Robotics, science and Technology. He represented SA in Tunisia in 2020 and at the Taiwan international science fair in 2021 in the fields of robotics, science and Technology. Talhah was 13 years old when he coded his first robot.

Here's to the crazy ones. The misfits. The rebels. The troublemakers. The round pegs in the square holes. The ones who see things differently. They're not fond of rules. And they have no respect for the status quo. You can quote them, disagree with them, glorify or vilify them. About the only thing you can't do is ignore them. Because they change things. They push the human race forward. And while some may see them as the crazy ones, we see genius. Because the people who are crazy enough to think they can change the world, are the ones who do.

Don't be scared to strive to make a difference and to challenge the impossible; and to always remember that inefficiency is the unbeaten war against humanity.