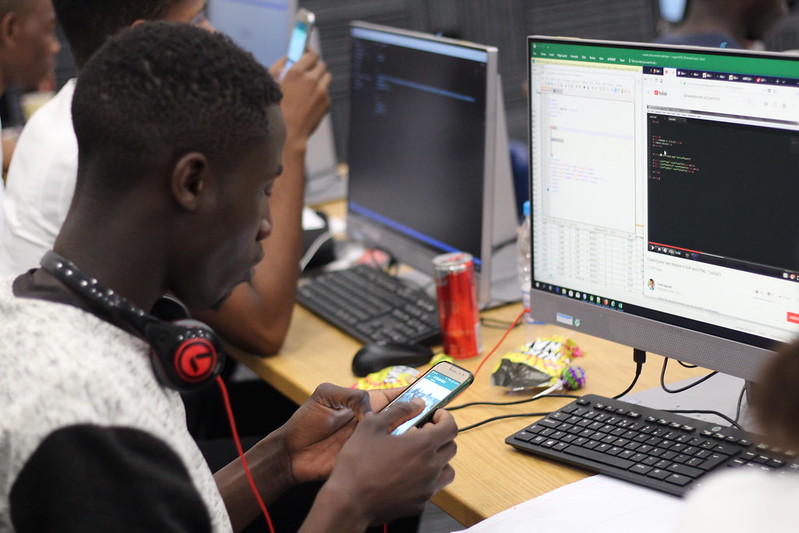 Limpopo is the northernmost province of South Africa. It is named after the Limpopo River, which forms the province's western and northern borders. The capital and largest city in the province is Polokwane, while the provincial legislature is situated in Lebowakgomo. The province is made up of 3 former homelands of Lebowa, Gazankulu, and Venda. Limpopo is made up of three main ethnic groups namely; Pedi, Tsonga, and Venda people.

In recent years digital literacy programmes in Limpopo have been initiated to enable the people from the province to participate in the digital economy, however the need for more continues. A research study conducted by Matlala and Kheswa in July 2022 indicated that 92% of Limpopo grade 11's have access to the internet and yet 22% of them indicated that they have insufficient skills to use the internet. The Limpopo Developer Ecosystem aims to support Limpopo innovators and upskill the youth. It is a localised Geekulcha platform for tech and innovation activities.

Fueling the Geek Culture in the north, Geekulcha has been involved and has done several programmes in the Limpopo province, including the following:

They say "talk is cheap". Indeed, that is the sentiment that the folks at Geekulcha and partners live by and the time for action in Limpopo is now. Players such as mLab Limpopo, Limpopo Connexion, PLK Inc Hub, and the University of Limpopo Developer Society are some of the strategic partner's best-fit work in building a vibrant ecosystem in the province.

"There isn't much of an ICT industry in Limpopo. Lots of ICT talent and companies have positioned themselves in Gauteng or Cape Town. As a Limpopo Geek myself the creation and launch of the Limpopo Developer Ecosystem excites me", said Ronny Mabokela, a former computer science student at the University of Limpopo currently completing his Ph.D.

Establishment of the Limpopo Developer Ecosystem is another effort to help build, cultivate and accelerate the tech and digital ecosystem in Limpopo province and seeks to work and compliment the ongoing work by various stakeholders.

The ecosystem is led by Mr. Nick Thobejane who is a former GKSS Waterberg TVET college leader. He has had a swift transition from being a student to becoming a key player in the Limpopo ICT industry. In partnership with the Human Sciences Research Council and ULDevSociety, the ecosystem is hosting a Dataquest on the 15th of October 2022. The Limpopo Developer Ecosystem is off to a great start!